Deprecated: The $control_id argument is deprecated since version 3.5.0! in /home/oq5ayjaeetjt/public_html/wp-content/plugins/elementor/modules/dev-tools/deprecation.php on line 304
 The Extract Trial: The Journey Begins - Cannabis Digest
Skip to content 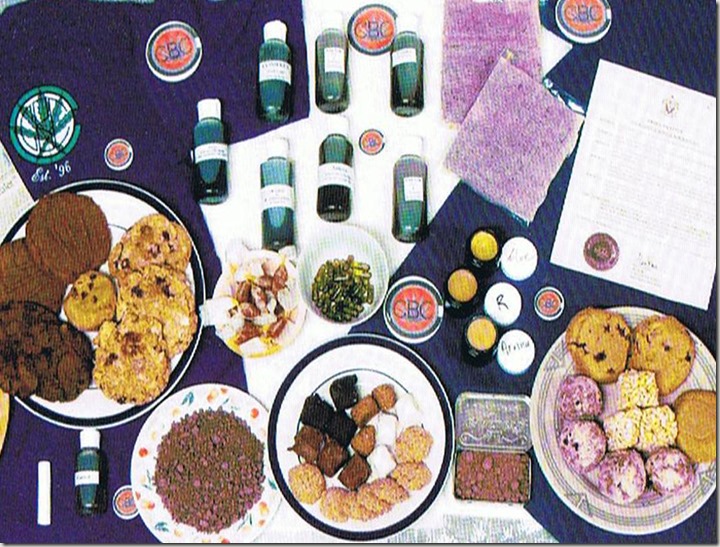 I began learning about the cannabis plant when I started college in 2002—not from any of my classes, but from the small Hempology101 circle that was formed each Wednesday on the lawn in front of the school. In my last year at the college, I volunteered as the Hempology 101 student club president and graphic artist. After completing my associate degree, I left Victoria to learn gardening skills by working on organic farms.

During this time, my younger sister was diagnosed with melanoma skin cancer. My family cautiously followed the advice of her doctors through surgery, chemotherapy, and a schedule of drugs until it became clear that there was nothing they could do for her. My sister became a member of the V-CBC, and soon after, my family and I bore witness to the effects of medical cannabis. The precious time at the end of my sister’s life was improved immeasurably by her ability to eat, sleep, and placate her chronic pain.

While visiting Victoria in the summer of 2008, I dropped by the V-CBC, where I was asked to become their new baker. After this experience with my sister, I felt compelled to help others in similar circumstances, though it would mean moving back into the city and earning less money than I had as a landscaper.

I began learning to prepare the Club’s products, while getting to know the club members who used them. This helped create a direct feedback loop that gave me the opportunity to hear how the medicines I prepared were experienced by members. Being informed about the ingredients and target dose range of the products is important when answering the members’ questions, and this continues to help improve the Club’s services as new staff at the Victoria Cannabis Buyers Club (VCBC) are often trained in how to prepare the products before anything else.

Having a diverse range of products is a way to offer something for all the different needs of the membership. Products are designed for appropriate times of day, to target a specific kind of relief, to be applied to a particular location, to take into account a wide tolerance range, and to adjust for members’ physical and mental histories. The role of cannabis and the endocannabinoid system in assisting with a wide range of human ailments is currently under worldwide scientific investigation. In the meantime, clubs like the V-CBC have done their best to offer suitable options to those who seek to use cannabis medicinally. 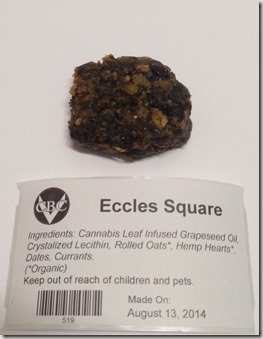 Over the next four years, I witnessed improvements in the products, the services, and the facility that continue to transform the Victoria Cannabis Buyers Club. Date squares (named Eccles squares, after the crown prosecutor in my trial) have replaced chocolate chip cookies; the distribution desk and vapour lounge have each doubled in size; and all the old member cards have been replaced with picture ID cards. Although Health Canada has continued to ignore and exclude groups like the VCBC from their regulatory schemes, these clubs will persist so long as the government continues to fail seriously ill Canadians in the pursuit of this safer medicine. The VCBC is now an incorporated non-profit society, operating a state-of-the-art point of sale system, printing receipts and paying taxes.

Knowing that each day, hundreds of Club members’ needs for appetite stimulation, sleep, and pain relief were being provided through the Club’s products filled me with a satisfying sense of purpose. Although sometimes (assisted by the crescendos of old rock records) the feeling would spring back into tears of disbelief that this situation exists at all, and that I was under threat of being punished for assisting critically ill people live their lives.

In every five years of their professional lives, family physicians and specialists in Canada must complete 250 credit hours of Continuing Medical Education (CME.)  To fulfill this requirement they trudge off regularly to lectures, study sessions, and educational conferences.  In 2013 it became more likely that they could gain such credits in Canada by attending […]

By Ted Smith No event in cannabis activism around the world has been as highly anticipated as the release of Marc Emery.  After spending over 4 years trapped in various US jails, the Prince of Pot is getting ready to return to his native homeland to begin the next chapter of his life.  No one […]