Maritimers Unite for Medical Marijuana Society (MUMM) is outraged over the escalating trend of law enforcement in Nova Scotia to lay charges under the Controlled Drugs and Substances Act against medical cannabis patients for growing and possessing their medicine.

The Medical Marijuana Purposes Regulations (MMPR) implemented last spring endeavoured to cancel the home gardens of all patients.  Then the British Columbia Federal Court Allard injunction in March 2014 allowed some patients to keep their gardens, while forcing others to purchase from corporations.  In addition, the enactment of Bill C-10 imposed mandatory six month sentences for cultivating as few as six cannabis plants. All of this has culminated in what some might call a perfect storm, causing a flood of medical cannabis patients to turn to MUMM’s Court Support Initiative (CSI) program for assistance.

The CSI program was spear-headed by MUMM co-founder and vice-chair, the late John Cook, roughly twelve years ago. It offers hope and assistance to patients being charged for trying to meet their medical cannabis needs. It provides, where possible, volunteers to attend legal appointments with patients, offer emotional support, attend court dates and act as lay witnesses during trials. It also assists patients with finding the necessary medical support and issuing press releases as needed.

To illustrate the impact of our lay witnesses, and to illuminate one of many inconsistencies that exist within the Nova Scotia legal system, I will share the experiences of Mark Crossley. With less than 24 hours to act, three of our lay witness volunteers were able to come to his defense, preventing a mandatory six month sentence for intent to traffic. We were able to assist with combating RCMP “expert” witness testimony to cast serious doubt about the charges, and have them at least down graded to possession.

Marcel Gignac, Terry Wood and myself  dispelled RCMP claims about medical cannabis patients and their tendencies. Crown witnesses alleged that the average patient consumed three grams per day, did not use scales to determine their daily requirement and that patients kept their cannabis in one bag and one bag only.  At 30, 25 and 12 grams a day respectively, needing scales to abide by our physicians’ daily recommendation and storing our cannabis in a variety of containers, in varying amounts, we quite soundly were able to interject some sober second thoughts about the evidence as presented by the prosecutor.

Crossley received eight months probation. Not the best possible outcome, but a far cry from six months incarceration. Of important note is that his lawyer was Rob Sutherland, who had accepted Crosley’s legal aide certificate to fight the case. James MacDonald, a 36 year old Stellarton man dealing with debilitating Crohn’s disease, was sentenced to 60 days by Justice Del Atwood, Pictou Provincial Court, January 8th, 2015, on a marijuana production conviction.

Caught in a void between Health Canada medical marijuana exemption approvals, MacDonald was arrested in February, 2014, when the Pictou County Integrated Street Crime Unit executed a warrant to search his Stellarton home. MacDonald  successfully obtained a new authorization for his medical cannabis several months later. An appeal of MacDonald’s sentence is expected to be heard in chambers at the Nova Scotia Court of Appeal this September. Other patients in Nova Scotia dealing with Health Canada’s bumbling bureaucracy have received discharges for similar charges, under very similar circumstances.

There are some other interesting facts to ponder in MacDonald’s case. He was assigned Rob Sutherland as his lawyer. Although Sutherland accepts legal aide certificates, he allegedly informed MacDonald that he would receive representation ONLY by pleading guilty. Crossley wasn’t expected to cop a plea like MacDonald just one year previous.

MacDonald was led to believe that he would only be facing a possession charge. Unable to reach Sutherland the month prior to court, he felt side-swiped when he arrived in court to learn of the potential of a 60 day sentence.

Of further interest is what transpired in the very same court, with the same judge and prosecutor, just one month later. Patient, Paul Matheson, was arrested in March, and again in August, 2014, for cultivating a larger amount of cannabis than MacDonald, by the Pictou County Integrated Street Crime Unit. Like MacDonald, Matheson plead guilty.

Prosecutor Bronwyn Duffy said she thought Matheson “was a good candidate for a hefty fine”, and yet, in MacDonald’s case Duffy was seeking a “message of denunciation and deterrence”. MacDonald is unable to work due to his chronic health condition, while Matheson holds down a full time job.
MacDonald has a current medical exemption recognized by the federal government. Matheson says he “never thought to apply for a medical  marijuana certificate”.

While MacDonald was an inmate at Central Nova Correctional Facility in Burnside, he was denied access to ativan and medical cannabis, both legally prescribed, making it impossible for  him to
undergo his monthly remicade treatment for his Crohn’s. On March 4th, 2015, Halifax City Police and the Integrated Street Crime Unit, charged medical cannabis patient Bob Dillman, and his wife, with possession and production of cannabis. 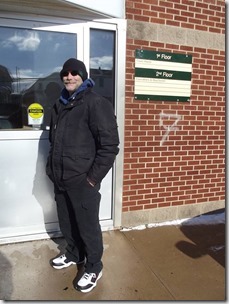 A former corrections officer and director of the Medical Cannabis Patients Alliance of Canada, Dillman consumes cannabis to aide with symptoms of an environmental disorder. This disorder prevents him from consuming pharmaceuticals – the results would be disastrous to his health. Dillman’s last federal exemption is dated February 2014. With the previous program winding down he was unable to renew his paperwork through Health Canada before it expired.

An email from Justice Minister Fred Sandford to Dillman dated April 9, 2014, in response to Dillman’s inquiry about his ‘legal’ status, reassured him that, “A recent court decision in British Columbia has resulted in a stay in the revised regulations, so there will not be enforcement conducted at this time.” Like many patients living on low, fixed income, Dillman is unable to afford the corporate scheme established by Health Canada.

Ironically this raid was orchestrated in the middle of the Allard hearing in Vancouver, and we were able to call the press conference two days before the culmination of the trial breaking the story from coast-to-coast. MUMM held a press conference, in conjunction with Dillman, March 11 at Farm Assists, Halifax. Sadly, the stress resulting from police actions left his wife too ill to attend. The story was picked up by The Canadian Press, and various local news networks, and was aired and/or appeared from coast-to-coast.

On April 7th CSI volunteers will be marching from Farm Assists to Halifax City Police HQ as Dillman and his wife go for fingerprinting, the day before their first court appearance. The same day that the Dillmans were charged, a patient who had finally gained physician approval (after the MMPR came into full force and effect), was also charged for possession of his medicine. Like Dillman, he is unable to afford the corporate cannabis prices and was forced to the Black Market to obtain his medicine.

This is but the tip of the iceberg with cannabis charges in Nova Scotia involving medical patients. To keep fully informed as cases grind their way through the judicial system, and to follow MUMM’s CSI program in action look for MUMM’s Court Support on Facebook. If you are a patient in need of assistance please email chair@mumm.ca and we will gladly do what we can to assist. Likewise if you would like to become a CSI volunteer and help patients as they navigate the system.

United we can make a difference! No one should face time for a victimless crime, when both the MMPR and the Medical Marijuana Access Regulations are in direct violation of our Charter of Rights and Freedoms.

Ted Smith Survey #4- Enforcing Public Safety and Protection Strengthened laws and appropriate enforcement response: Establishing a successful legalization regime will require the strengthening of laws that will minimize or eliminate criminal involvement. It could also require the strengthening of laws to punish those who choose to operate outside of its parameters, including those who […]

David B. Allen M.D. Cannabis plants need 12 hours of continuous darkness to produce flowers. Interrupting the dark cycle with light, even briefly, inhibits the plant’s ability to flower. This demonstrates that the enzyme system for flowering requires 12 hours of continuous darkness (or low light) to produce flowers. Plants in nature are not exposed […]