On November 3rd 2015 Ohioans rejected an initiative to legalize recreational cannabis.  It was a bizarre initiative, backed by a cartel of investors who, had it passed, would have retained exclusive rights to cultivation, production and sale.  It was a blueprint for a clan set to transform itself into a dominion.  The Drug Policy Alliance and the Marijuana Policy Project abstained from supporting it; NORML gave it a lukewarm nod.  As legalization plans go, Ohio’s was also unique.  Every activist fears a heavily corporatized model; so every act of legalization thus far has included the right for individuals to grow a few plants for themselves.  Of course every initiative to legalize thus far, has been backed by cannabis activists.  The creators of the Ohio plan, by contrast, were not activists.  They were investors.  Perhaps they thought that Ohio feared ‘hippies,’ but loved cartels, or at least cartels plus tax money.  Whatever the case, RIP Initiative No. 3, and on to better programs…we hope.

Oddly, BC activist, Marc Emery supported the initiative, calling its critics “idiots,” “miscreants,” and “poseurs.”  In Emery’s view, activists should expect to be left out of “re-legalization,” always and forever.  Why?  Well, because the notion that they deserve better is illusory; and the idea that the well moneyed and well connected win every time, is real.  Moreover, activists should remember that they do what they do not for money, but to stop the arrests and the stigma; and to assure good medicines for patients.  So, as activism was never about the money, any legalization plan, however unpalatable, is to be supported. 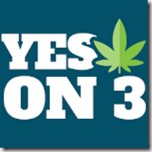 I thank the Ohioan cartel and Emery for putting their case so starkly, as they invite us to consider the limits of the ever-uneasy relation between capitalism and democracy.  Can the world’s democratic institutions be used to rid the world of democracy?  Are they likely to be used in this way?  After all, Ohio’s initiative was a move to establish private monopoly via popular vote.  More to the point, will we tolerate their being used in this way?  That’s the kind of question Canada’s Conservatives have been asking themselves for the past 10 years.  Heaven knows they attempted to rid us of democracy often enough.  The current Canadian answer, based on the October 19th 2015 federal election, appears to be, NO.  It is a “current answer,” of course, because there is no final one.  There is only what that we will tolerate here and now.  I suspect Ohio’s current answer was NO as well.

For me, these points raise a larger question, namely: What is the value of an activist?  Last Tuesday I attended the monthly meeting of Hempology 101, the Victoria BC based activist group headed by Ted Smith.  Hempology 101 is a registered society.  It publishes the Cannabis Digest, and the Cannabis Digest Blogs, and engages year round in activities, including exercises in guerilla theatre, intended to educate the public on cannabis.  It is routine for me to attend these meetings, but on this particular evening I had a mild epiphany.  The participants were taking this meeting seriously.  Some had been attending such meetings for 20 years or more.  This was a work meeting, and we were in that moment, at work.  The core group had a unique knowledge base and skill set, not the least of which was a facility for creating consensus.  The group struggles financially, everyone has personal difficulties, and everyone carries on.  As Emery has noted, it is not about the money.  It is about expanding expertise—the activists’ and everyone else’s.

But cannabis activism is more than work.  It is a calling, or vocation.  When you meet the participants, here’s what you will like about them.  They are non-violent, and have good skills in mediation.  They need these skills; they speak regularly with law enforcement, lawyers, city councilors, local business people, and the general, not always compassionate, public.  They work hard every day.  They spend their time learning about cannabis-based medicines, and how to make the medicines.  As many activists are also patients, they have a pretty good idea of what strains are best to ease what ailments.  They have taught themselves to grow cannabis, to process cannabis, and to tell good from poor cannabis.  To expand their abilities they have developed and maintained online forums, and libraries.  Best of all, they are passionate, and irrepressible.

In any merit-based legal system, they would be the preferred growers, producers and sellers.  In any fair-minded system, they would be central to the legalizing process.  But maybe, as Emery has suggested, the world has never been fair, and so they will be left in the dust.  Let us set aside, for the moment, the question of ethics and ask something more pragmatic.  Will forms of legalization that leave activists in the dust end the war on drugs?  In my view: No.  First, it is unlikely that thousands of skilled growers, medicine makers, inventors, teachers, and mediators will lay down the tools of their métier, disappear into the mists of time, and watch wistfully as others move in to profit from, and take credit for, their work.  If pirates run this world, then post legalization, the war on cannabis will become the war on cannabis piracy.  Who wants to overgrow a system only in the end to be overrun by it?   Second, not to fight for a rightful position in the industry is an exercise in masochism.  Masochism is a one-way road to a bad place.  If too few people today respect the work of activists, no one will respect them after they have allowed themselves to be trampled underfoot.  They will be remembered as the bad people who grew cannabis before the good people came along and took it away from them.  We’ll have taken it out of the hands of criminals, as everyone likes to say.  That would look grand in the school history books, funded and published, of course, by the new cannabis corporate elite.  There’s a nightmare.  Third, if well-connected thugs run the industry, the movement will have failed utterly, as no one will be assured of well produced medicines, or even of electively used bud.  Since when has it been in investors’ interests to foster the healing arts?  If the pharmaceutical industry is anything to go by, the idea of service to patients will become a distant bell rung only for effect, and only when needed.  Finally, a heavily commercialized industry will be pushing heavy consumption.  That’ll have the public health advocates joining the new war on piracy.  Will such a system bring peace?  Absolutely not.

Then there is the point that activists are not doing it for the money.  That’s true.  But why does it follow that they should not be compensated? There was a time when teaching and nursing were poorly compensated, as they were considered avocations, practiced with caring rather than money in mind.  Seriously, you would think there was a war on caring.  The fact is, caring can neither be commanded nor bought.  People care, or they don’t.  To remind activists that they are not in it for the money is to set up a topsy-turvy world in which those that have demonstrated caring should expect to be fired, and those that haven’t, hired.

Happily, we find ourselves at an historical juncture where much is possible.  Nothing in Canada has yet been decided so, as Ted Smith has noted in a recent blog, we have a grand opportunity to make ourselves seen and heard.  He recommends well informed letters sent frequently to MPs, cabinet ministers, and editors, and for visibility, a medical dispensary in every town.  That would work.  Activist Dana Larsen calls for an official apology to the two million Canadians arrested in the war on cannabis, and less of an emphasis on punitive regulations.  Journalist Ian Mulgrew would like to see the provincial premiers wake up, and begin actively to study legalization models.  BC’s premier, for example, seems to have her head in the sand.

The last thing we need is a highly over-securitized, over-commercialized, and over-taxed system.  These features will not end war.  They will assure for many years to come, a continuation of non-licensed cannabis commerce—call it the black market, if you prefer—and of continued insurrection.  This war will be over when activists are classed along with teachers, healers, spiritual leaders, gardeners, scientists, investigative journalists, and tamers of wild beasts, a.k.a. law enforcement and other snarly prohibitionists.  The stigma will be gone when we stop trying to sweep them away in favour of a new business elite.  And it will be gone, as Larsen notes, when governments and the journalists who report on them stop spouting negative reasons to legalize, and start noting the positive ones, to whit, that cannabis is a wonderful plant, and its proponents, wonderful people.

There is cause for optimism.  None of the legalizations seen thus far has proven to be exercises in monopoly à la Ohio’s initiative.  Yes, we have seen erosions in democratic institutions, but there are good, new democratic voices out there, and there is a palpable change in how cannabis fans, medicinal and elective, are perceived.  The tone of media reports has improved.  Canadian journalists have stopped quoting the RCMP, and started approaching directors of dispensaries, and other activists.  Moreover, the liquor industry has made space for smaller producers, and lots of people make their own beer, wine, and brandy.  The lovers of the cannabis plant can demand the same.  I do not believe we need to accept poor legalization models.  We’re past that.  We need to get our thinking caps on, and start churning out those well-detailed proposals.  Someone in Ottawa appears to want to read them.

Next article Gayle Quin: The Legend Lives On

Owen Smith·September 18, 2014
There are no comments yet No comments