The recent announcement by the city of Vancouver to regulate medical cannabis dispensaries is causing a stir on all sides. The federal government immediately denounced the decision, Rona Ambrose repeating that dispensaries are not part of the legal Medical Marihuana regulations (MMPR). Licensed producers have spoken to the value of their service as superseding the need for dispensaries. Dispensaries, while generally accepting the invitation to greater legitimacy, have particular concerns about some of the proposed regulations.

The federal government’s inability to come up with medical cannabis regulations that are constitutionally adequate is the reason for the emergence of dispensaries and their success in the courts. One major concern with the MMPR came before the Supreme Court of Canada in march of this year, regarding patient access to edibles or topical alternatives to the permitted ‘dried marihuana’. Health Canada has repeatedly stated that they will not authorize edibles and extracted products. This restricts licensed producers, who have expressed interest, from producing derivatives, leaving dispensaries as the only option available to patients. 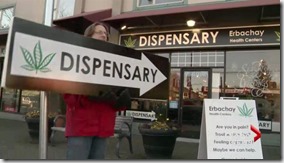 So I was confused when I read that alongside a 30K annual licensing fee; a 300 meter exclusion zone around all schools, community centres and other ‘Marihuana-Related Use’ businesses is the provision to “Disallow sale of food products with the exception of cooking oils (either pre-packaged or freshly-prepared)”. While this initially caused me some confusion and distress, it now seems to make more sense.

With the rationale of safeguarding health, the regulators from Vancouver Coastal Health are concerned about the distribution of ”cookies, gummy candies and other treats, often attractive to children, now sold at dispensaries”. Chief Medical Officer for Vancouver Coastal Health Dr. Patricia Daly said, “marijuana ingested through smoke presents a number of serious concerns and the city would allow the sale of cooking oils and infused products” but also stated that concerns about dosage and a lack of appropriate labelling led to the ban. (source) 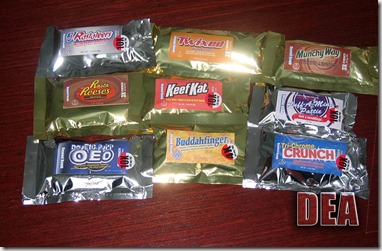 An infused olive oil can be consumed without combining it with other non-essential ingredients like flour, eggs and sugar to make it into a cookie. If you typically prefer a cannabis product because of it’s complimentary effects with another ingredient (that is “often attractive to children”), you may now have to source that ingredient from an establishment certified to sell food. It makes just as much sense to pour a tablespoon of medicinal olive oil on your dinner, as it does to eat a medicinal cookie afterwards, maybe more.

Creators of cannabis foods may have to break the “weed brownie” mould to target an adult-only market. Perhaps they will make a ‘CannaBuckleys’ (it tastes aweful but it’s good for you). Edibles producers may be able to show due diligence by replacing their cartoon logos with accentuated warnings in plain child-proof packaging. Milligram amounts of active ingredients could be mandatory and a potential maximum dose per serving introduced.

Pure resin products and cannabis concentrates that are not made into hard candy’s or lollipops would presumably be considered a “cooking oil”. These products can be used in small amounts or diluted into cooking oils (coconut, olive, grapeseed) for edible, topical or rectal application. The V-CBC infuse vegetable oils with a variety of cultivars and concentrations, giving patients the ability to choose the strength and effects that they are seeking.

During my trial in 2012, the government argued that patients only prefer edibles over other methods of administration because they are “tasty”. Tastiness is not protected by the constitution; however the BC Supreme Court judge ruled that because I was making flavourless grapeseed oil infused capsules, tastiness did not apply. The judge ruled that restricting patients to dried marihuana is unconstitutional and struck down the law as it applies to patients and their designated producer under the MMAR.

Producers licensed under the new MMPR, who have invested millions of dollars into their companies, are currently prevented from using their resources to provide high quality cannabis oils to their patients. It’s as if they just bought Maple tree orchards only to be told that they can’t sell the syrup. Pending a decision from Canada’s highest court in my ‘extract trial’ the question of how patients may legally obtain edible cannabis oils may be answered. While many may make their own, there is also the question of how those who cannot produce these oils for themselves will obtain it.

Licensed producers with sophisticated analytical equipment could conceivably create clean cannabis extracts at a low cost. Commercial kitchens adhering to regional health standards and receiving frequent inspections could be integrated into the mail-order only MMPR. That remains up to Health Canada who, perhaps after two orders and three years of pressure from BC courts, are coming to grips with this reality.

There has been a 100% growth of Vancouver dispensaries per year over the past 2 years and Victoria’s count has risen from 4 to 18 since the MMPR was introduced (April1st, 2014). (source, page 25) Vancouver city council appears to want to allow concentrated and diluted edible cannabis oils to be distributed by dispensaries, so long as they are unattractive to children. The proposed regulations are being scheduled for a public hearing. If you are in the Vancouver area, I encourage you to attend the hearing and explain to city council how the use of edible cannabis products has helped your medical condition.

Digest Admin·February 4, 2015
There are no comments yet No comments