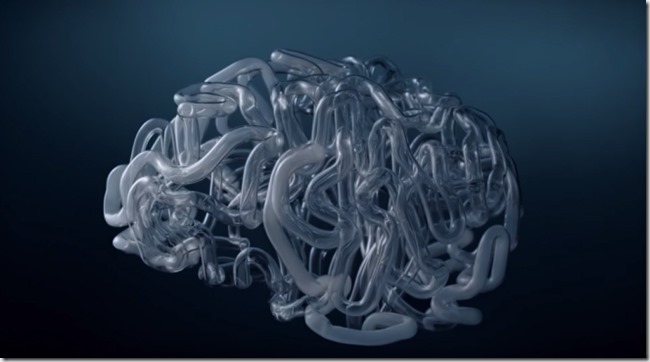 Can you really believe Health Minister Rona Ambrose’s claim that a new anti-drug campaign targeted at teens wasn’t asking Canadian physicians to take a partisan view on cannabis this summer?  Now that the ad campaign has rolled out, it is undeniable!

As you may recall the College of Family Physicians of Canada (CFPC), the Canadian Medical Association (CMA) and the Royal College of Physicians and Surgeons of Canada (RCPSC) had all been approached to endorse the Conservative anti-cannabis crusade.  All three professional organizations declined. In a joint statement issued by the above three medical groups, Canada’s doctors said they were invited “to co-brand and provide expert advice” on this public campaign, initiated and funded by Health Canada. Their participation was meant to only rubber stamp the project.

“The educational campaign has now become a political football on Canada’s marijuana policy and for this reason the CFPC, CMA and Royal College will not be participating. We did not, and do not, support or endorse any political messaging or political advertising on this issue,” Canada’s doctors said. Dr. Louis Hugo Francescutti, CMA’s president, told reporters doctors are well aware of the dangers of marijuana use by young people. Francescutti said, the anti-drug ad campaign did have a political tinge to it leading doctors to distance themselves from it. 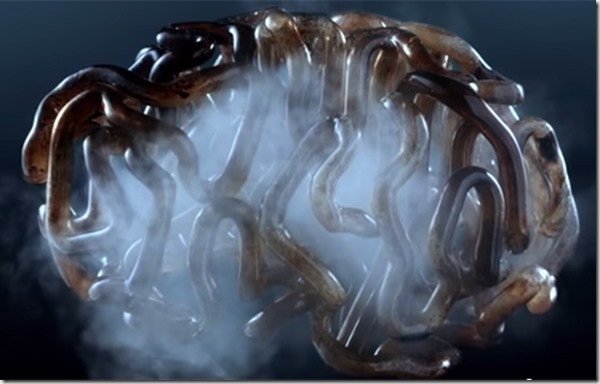 Meanwhile this ad campaign came to the attention of Liberal Leader Justin Trudeau who stated, “We know that taxpayers are getting extremely frustrated with the fact that this government tends to use public money for ads that do more for its partisan aims than for actual public service.” In typical Conservative fashion, Ambrose then endeavoured to flip the coin on Trudeau by claiming that he was the catalyst to politicize cannabis.

In fact she claimed,”Justin Trudeau made this a political issue by saying Health Canada’s anti-marijuana campaign was a thinly veiled attack on him.”

“Telling kids not to smoke pot is not a partisan attack on Justin Trudeau by Health Canada.  It is a sound public health policy backed by science,” she claimed when she spoke to the CMA.

“Whether pot is legal or illegal, the health risks of marijuana to youth remains the same and we should all be concerned about them.”

Trudeau hasn’t been the only politician attempting to hold Health Canada’s feet to the fire over this blatantly partisan ad. Liberal MP Hedy Fry told the Commons health committee in November that the Conservative government is “going around scaring people to death” with “panicky” and politically motivated anti-marijuana commercials. 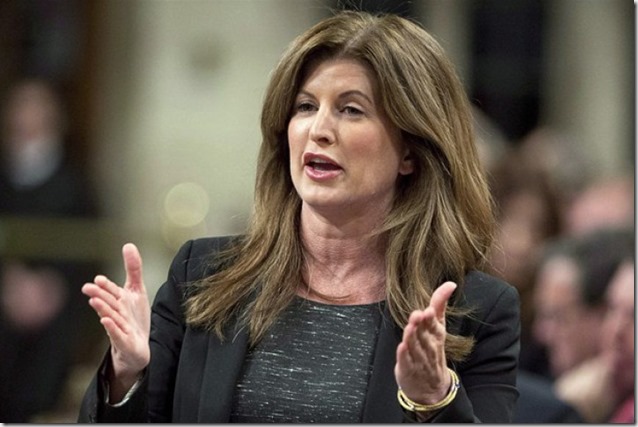 Ambrose’s response? She maintains the ads are science-based and non-partisan.

If you have yet to view the ad it is available on YouTube.  As of December 14th there had been  652,819 views; 714 indicated their approval and 7004 disapproved of this video. The multimillion-dollar campaign includes a television advertisement showing a human brain constructed from glass tubes complete with thick smoke flowing through them. “Marijuana can damage a teen for life,” the narrator says.

A comment left a few weeks under the YouTube video in late November sums up how many feel about the ad. “Meanwhile, the government endorses alcohol with the beer store and LCBO, which is scientifically proven to be more damaging than marijuana to brain development. Tax dollars fund LCBO & Beer Store Ads.  I guess it’s because they can make money from it, and this government cares more about money and votes than about your health,” a viewer remarked.

The campaign also hit Facebook, twitter and Pinterest, all with mixed reviews, predominantly negative. Voters from coast to coast and from all walks of life are finding this ad offensive, and an abhorrent waste of our tax dollars.  Citizens, politicians and the media are all screaming partisanship and pre-election pandering. 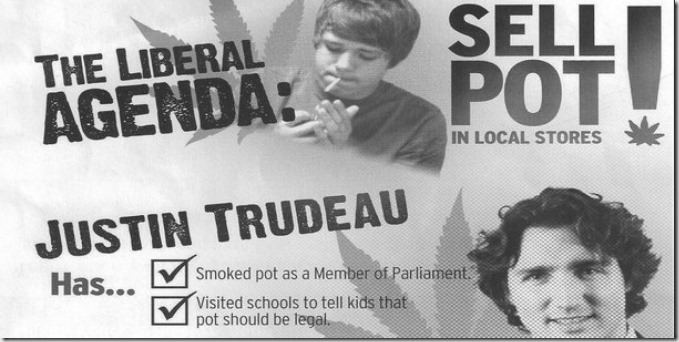 Ironically it was the Conservatives who ran a series of attack ads on Trudeau for his stance on legalizing marijuana. The last round coincided with the issuing of the above endorsement request. Interesting to note is the MacLean’s article from August 15th, written by John Geddes, that suggests that this exorbitant campaign was a relatively new brain child of the Harper government.  Geddes tells his readership how the Conservatives spent money over five years, ending in 2012, for a major advertising campaign to accompany their DrugsNot4Me program. That ended in funds being budgeted for larger scale advertising strategies, such as the current anti-cannabis ad.

Health Canada officials revealed that the government’s Central Advertising Fund “is the primary source departments use to support government campaigns.” Geddes notes that the most recent report on that fund, outlining expenditures during the  April 1 to June 30 time frame, shows $5.5 million being given to Health Canada for a campaign on “prevention of illicit drug use.”

So that is the pocket from which the funding for this unbelievable ad is being pulled.  But if we are to swallow the hollow claims of non-partisan policy, why would the latest five year plan for the anti-drug strategy not allude to a mass media campaign?   After all, the previous five year blueprint had done so. At least two years ago this very same government deemed that advertising was not crucial to their anti-drug strategy.  What changed between 2012 and 2014 to make advertising on the dangers of cannabis to come under the radar of public health policy?

Trudeau’s talk about liberalizing cannabis law is garnering support for the Liberal Party of Canada. This makes the Conservative Party of Canada nervous to the point that they are willing to continue to perpetuate their archaic ideological approach to cannabis, and ignore anything remotely resembling science and logic.   They are catering to their supporters.

In reality this serves little purpose in protecting children.  It saddles them with trust issues in regard to authority figures, which then creates the ripple effect as they dis-believe anything that “the authorities” have to say about any substance.

Get ready for election 2015 and make sure that you ask informed, well articulated questions of all of the candidates that darken your door, or during a debate in the community. Let’s keep cannabis front and centre and let the Conservatives continue to embarrass themselves with the flagrant waste of tax payer’s hard earned money and their apparent wilful ignorance regarding cannabis. Make sure that cannabis remains an election issue and that you and your friends are all registered to vote!