Deprecated: The $control_id argument is deprecated since version 3.5.0! in /home/oq5ayjaeetjt/public_html/wp-content/plugins/elementor/modules/dev-tools/deprecation.php on line 304
 The Club Des Hashischin - Cannabis Digest
Skip to content 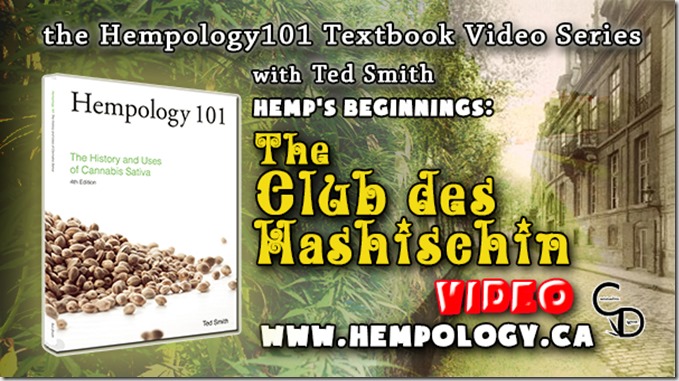 In the 19th century many intellectuals in Europe were very curious about the use of various plants for mystical experiences.  Indeed, with the decline of the church’s ability to condemn people to death for using mind-altering plants, the 1800’s were the first time since before the Dark Ages that anyone in the western world could freely experiment with drugs.  Perhaps one of the most interesting groups to form during that era was “Le Club Des Hashischin”, a name obviously inspired by the Hashishin.

The club boasted many of the finest writers of the time as members, including Dumas, Hugo, Gautier, Baudelaire, De Nerval and Balzac.  It was founded in Paris, France, by Dr. J Moreau, an expert on the effects of hashish.  The group was a major inspiration for Aleister Crowley, who wrote THE PSYCHOLOGY OF HASHISH in an attempt to help others use this potent medicine.

As reported by Chris Bennett in his ground-breaking work, GREEN GOLD, THE TREE OF LIFE: MARIJUANA IN MAGIC AND RELIGION, this special club would meet every month to ingest hash together.  Apparently they developed several rituals and customs, dressing up in Arabic clothes complete with a turban and dagger.  After eating a big chunk of hash, the group would sit around for hours talking and blissing out.

For more about the fascinating story of cannabis, buy a copy of my book, HEMPOLOGY 101: THE HISTORY AND USES OF CANNABIS SATIVA.  This is the last video of the first chapter on the ancient history of cannabis.

We Three Buds of Texada Are

by Ted Smith To the tune of “We Three Kings of Orient Are”     We three buds of Texada are Growing plants we’ve hidden afar Field and flower, need no power Grown under sun and star     Grown a bud on Texada’s plain, Pot I bring to smoke up again Green forever, go […]