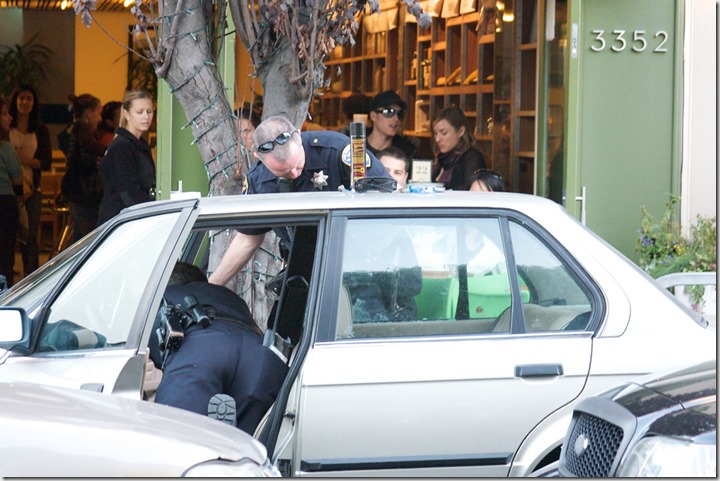 My mother always told me as a child that if I needed help I could run to a police officer, but something very unfortunate has been happening as I grow older – Police officers all over the world seem to have regressed away from the friendly lawmen we knew we could trust in our utmost times of need. Although the stories of police brutality and misconduct have been most prevalently from the United States and eastern Europe, we need to realize that police misconduct is a worldwide epidemic and it happens right here in Canada.

I recently had the opportunity to sit down to an interview with Jodi-Anne (name has been changed to protect identity). Jodi-Anne is an agent for the Canadian Civil Liberties Association living in Alberta who recently had an encounter with the local law enforcement back in January of this year. She managed to fight the matter in court and win. I sat down with this amazing young activist to get her story (and a few pointers on what to do if this ever happens to you).

“I felt very pushed around and intimidated by the local law enforcement. It started as a routine stop for a minor traffic violation and escalated very quickly from there.” Jodi-Anne and her dog were just grabbing a cup of tea after driving friends to the bar when she was pulled over for a burnt-out taillight. “Things went downhill almost immediately. The police officer started off by approaching the passenger side of the vehicle and tried to open my door. […] It kind of frightened me. I’m used to officers just coming up on to the driver’s side window.” She recalls. She reached over to lock the door to prevent the officer from getting into the vehicle with her and motioned for him to come over to the driver’s side. “He asked for my license and registration. I presented him with my license but I was having trouble locating the registration at the time because it was it was a borrowed car. I was sick with a fever that night too and it was the middle of winter. He demanded that I roll down the window further which I told him I didn’t need to do because I had left ample space for him do to his job and to communicate clearly. He kept on insisting and getting more and more frustrated. He told me that by law I had to [roll down my window all the way] or I could be arrested for ‘interfering with police investigations’. It was at this point I informed the officer that I knew I did not and that he was speaking with a representative from the Canadian Civil Liberties Association.” By this point the officer had already made two very clear mistakes. Not only had he (for reasons unknown) tried to enter a vehicle containing one lone girl and her tiny dog during a late night traffic stop, but now he has just apparently made up a law on the spot.

“The officer insisted that there was a strong odour of marijuana in the vehicle and I insisted that there was not. I told him that I knew for a fact that there was no marijuana in the car or on my person and tried to direct him back towards the original reason he pulled me over – my taillight. At this point he opened my driver’s side door and told me I needed to step out of the vehicle. I got out and tried to lock the door behind me which is when he shoved me into the side of my car and told me I was under arrest.” At this point Jodi-Anne has done just about everything right, but she’s still under arrest for a charge that doesn’t exist. “He didn’t really care, he thought he was on to something and he was very set in his mind that he was searching me and my vehicle that night. He left me no time to produce the registration and I was under arrest before I could lock the door to my vehicle. There was no evidence or proof that I had committed any wrongdoing other than having a burnt-out taillight… Which you can’t be arrested for.”

As if it isn’t enough to arrest someone with absolutely no grounds whatsoever, the officer felt compelled to then waste more of our tax dollars by calling for a ludicrous amount of backup. “I was arrested with absolutely no charge. Four other cruisers were called in, including the K-9 unit. This is at 11pm on a Saturday! When people are being insane all over the city!” The anger and frustration in Jodi-Anne’s voice is present now. “There were probably ten cops there including the dogs. They searched the vehicle, started swabbing shit [sic]… I asked to have a supervisor present and have a female officer perform the search of my person and I was denied that right as well! They found nothing on me or in the car. Then as the original officer was un-arresting me I asked for his name and badge number. He had the nerve to write me a ticket for failure to provide registration and say ‘It’s on the ticket’”. At this point I shared Jodi-Anne’s rage at this rogue police officer who had the audacity to haul a sick girl from her car in the middle of a cold night on nothing but an imagined whiff of cannabis. As a woman, I was sickened by the fact that her requests to have a female officer perform the search, and to have that search supervised, were in no way respected.

Of course, Jodi-Anne took the matter to court… and won! But it was a small victory. The offending officer was suspended for two days without pay, hardly a repercussion for someone on the highest paid police force in Canada. I have been informed by Jodi-Anne In the days since this interview was conducted that the officer’s sentence is currently under review. “The officer’s penalty was very minor in comparison to how I was treated and how many times my rights were violated during that interaction. The biggest obstacle we encountered in court was the Crown Prosecutor, who was an ex-police officer himself and often tried to manipulate what was said on the stand to benefit the officer in question, or just to try and make me look like a tool.” She laughs. “But I caught him every time to the point where the judge just smiled and looked at him and said ‘It’s all relative’.”

“So the judge was in your favour then?” I asked.
“The judge I think was just really happy to actually see someone fighting for a fair trial. So many people make their deals with the Crown before they even set foot in the courtroom. I think he was glad there was someone actually utilizing the justice system.” 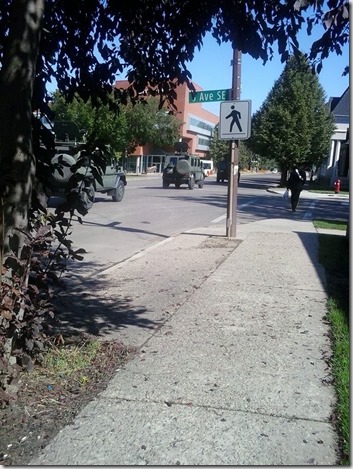 As so much literature is directed towards people in the USA, I asked Jodi-Anne to give us some pointers on what to do if you encounter an officer like the one in this case that just doesn’t care about your rights. If you want to learn more about what your rights are here in Canada, or teach others how to flex their rights, check out this printable .pdf made available by the Canadian Civil Liberties Association.[1]

Don’t Pick A Fight On Their Turf – Don’t try to argue or fight with the cops.” Says Jodi. “You can fight them later in court and you can argue with the crown all you please.

Keep Your Cool – “Most of these types of officers are just going to try to intimidate you into admitting some form of wrongdoing, and when that doesn’t work they’ll try to provoke you into acting out, doing or saying something they CAN arrest you for.” Speak respectfully, don’t lash out, call them a ‘pig’ or insult their mother, etc… But know that you are aware of your rights and be assertive. If your rights are being violated, remember that you are still able to fight the matter in court and have a better chance of winning if you conduct yourself appropriately.

Freshen Up – Even if the officer is working hard to intimidate you, and they can do a very good job of it, what you have on your side is plausible deniability. In Canada you do have the right to refuse a search of your vehicle, home or person without a search warrant, however the police can perform a warrantless search of your vehicle if the odour of drugs or alcohol are present AND if they have reason to believe that the time taken to call for a warrant would impede the effectiveness of the enforcement of the law.[2] Keep any contraband out of plain view (or better yet, not in your vehicle at all). Roll down your window enough to communicate comfortably and pass your information out, but not enough for them to stick their head in and cry big, green wolf. “Thanks to this fuzzily worded legislation, an officer can just say ‘I smell marijuana’ and proceed to search away because vehicles are kind of a grey area.” Don’t give them anything to go on in the first place. Avoid smoking in your vehicle or leaving roaches, bags or paraphernalia out in the open. Any illegal items left in plain view are grounds for search and seizure.

Fight It – Chances are you may end up with a ticket or another minor charge from your encounter with the police. If your rights were violated during ANY point during the interactions, take it to court and don’t let the crown prosecutor push you around. “The crown will tell you ‘I’ll cut your ticket in half if you just say this cop was in the right.’” Says Jodi-Anne. “It’s disgusting, Don’t buy it. Have your day in court. Exercise your right to a fair trial.” The more times people are willing to take a deal rather than fight police misconduct in court, the less accountability police face and we just end up seeing more and more of these instances.

Get It On Tape – If possible, subtly record ALL of your interactions with officers of the law as it makes taking things to court much easier. Your smartphone camera is a great option, or if you’ve got some extra dough, 360 degree car cams are available at most electronics stores for under $100. Even if the quality isn’t great or you only get an audio recording, it eliminates the element of ‘(s)he-said/(s)he-said’ in these types of cases. 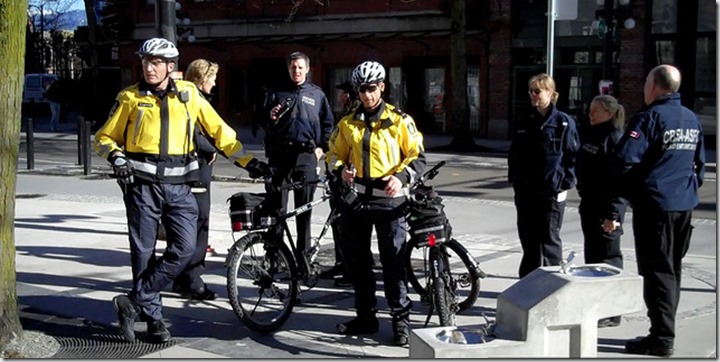 Police brutality and misconduct are rampant all over the globe as police militarization becomes more and more prevalent. We can fight this disturbing shift here at home by knowing our rights and exercising them. When your rights have been infringed upon by an officer of the law, take it to court and don’t back down. There are several agencies dedicated to helping people who have been victims of police misconduct. If you need more information on your rights, keeping police accountable in your community or if you want to get involved with the Canadian Civil Liberties Association, visit their website at CCLA.org[3]

Read more from Calli Walton on the Cannabis Digest Blogs

Next article The Club Des Hashischin

Ted Smith·October 29, 2014
There are no comments yet No comments