Deprecated: The $control_id argument is deprecated since version 3.5.0! in /home/oq5ayjaeetjt/public_html/wp-content/plugins/elementor/modules/dev-tools/deprecation.php on line 304
 Editor’s opinion: political thoughts for 2015 - Cannabis Digest
Skip to content

Totally My Opinion:  Conundrums To Consider For 2015.

1. This may well be the last issue of Cannabis Digest before the next Canadian federal election…if, that is, there is to be a spring election.  Evidence for an early election:  Conservative Senator Mike Duffy’s trial begins in April.  As he stands accused of grandiose overspending, this trial is bound to be embarrassing.  So…best to have the election before that.  Also, as evidenced by the recent avalanche of Conservative anti-marijuana ads, Harper is exhibiting pre-election behavior.  Finally, activists in Ottawa have been telling us: early election.

2. This will be the first election in which a political party that stands a chance of forming a government is running on a platform for legalizing, regulating and taxing marijuana for all elective consumers.

3. If this plant is legalized in Canada it will bring much good. It will help to pay for lots of stuff.   It could trigger an explosion of creative energy.  It could bring an end to chronic suffering for many ailing Canadians.

4. But…there will be no peace or justice unless all Canadians are permitted to grow a few plants for themselves.  So this is as good a time as any to think how best to get this message out to candidates, the public or anyone else.

5. There will be aspects of legalization that Cannabis fans will not like.  If I were an illegal, ethical grower, for example, I would worry that legalization could bring an end to ethical growing—how do you grow this plant well if you don’t love it?

6. Then again, considering how matters have developed south of the border, I might guess that legalizing would have little effect on illegal growing, pushing it perhaps toward production for elite buyers.   There are oodles of Cannabis gourmets out there.  Then what?

7. During this campaign we will hear public debate on Marijuana across the political spectrum, and among more Canadian voters than ever before.  Much of the debate will be shallow or off the point.  Some will be better.  But this level of exposure for The Plant in a federal political campaign—six weeks, maybe longer—will be sufficient to reframe how Canadians see Cannabis.

8. If you plan to vote, and you are doing so mainly to help legalize marijuana, bear in mind that Canadian federal parties vote as blocks and not as collections of individuals.  A pro-Cannabis NDP candidate in the upcoming election, for example, will vote against legalization, as the party does not support it.  Focus first on party affiliation.

9. On the other hand do your strategic mathematical best to avoid allowing Conservative candidates a chance to win.  Check out the people who are running in your riding.  Get a sense of their relative power. 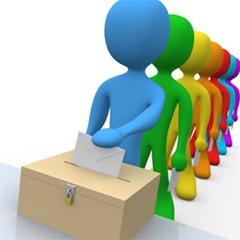 Green:  Elizabeth May is unique.  We need Greens in Parliament, so we should keep her.  She will not be able to form a government, but she’s pro-legalization.

Conservatives:  Steven Harper has designed a brain-shaped bong image to scare Canadian parents.  He’s saturating the networks with it.  This image demonstrates how legalizing Cannabis will result in smoked brains in children and teens.

New Democrats:  Thomas Mulcair holds the view that Cannabis today is forty times stronger than Cannabis in the 1960s, and is therefore dangerous.  Watch for his creatively unfocused promises to adjust the Cannabis laws in Canada.  His phrases will sound progressive whilst offering us nothing.

Liberal Party of Canada:  Justin Trudeau’s group is untried.  Could be a big disappointment.  They are, after all, politicians.  The plan to legalize marijuana was designed and promoted by the Young Liberals, and adopted by the party.  Trudeau endorsed the idea, and continues to support it.  I’m not sure what to think, but I have decided to give him a chance.

If electoral politics makes you gag you are not alone.

Happy spring everyone. It sure is great to be here still.  Thank you so much to all of you amazing people who have been sending me love, medicine, food, company and healing thoughts and energy. What a year so far!  A very special thank you to all of the club members for helping make history […]