Deprecated: The $control_id argument is deprecated since version 3.5.0! in /home/oq5ayjaeetjt/public_html/wp-content/plugins/elementor/modules/dev-tools/deprecation.php on line 304
 Why I am a Hemp Nut - Cannabis Digest
Skip to content 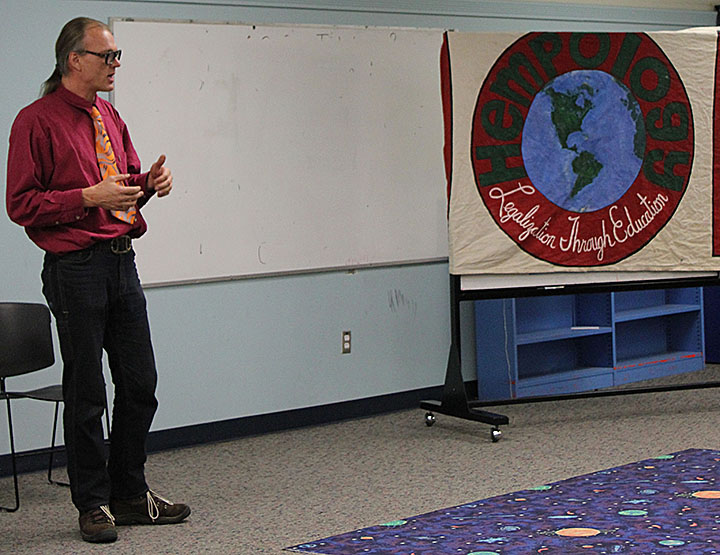 Most people became involved in the cannabis movement to free the weed that we love to smoke.  Not me.  I got involved in this fight primarily to help hemp become legal and widely used.  In every way possible, I am a hemp nut.

Granted, I have spent most of my energy fighting to legalize the smoked cousin in the cannabis family, especially for medical reasons, but that is not what got me originally involved.  While I understand that the War on Drugs has caused immeasurable harms, it is obvious to me that if humans continue to consume toxic products at the increasing rates our economic system demands we will ruin the planet in the process.  That was made clear to me in my first week of university in Macroeconomics when a professor showed how the growth model we currently use to determine our wealth is built to constantly increase our rates of production and consumption until the bubble bursts and the entire system crashes.

After studying economics and philosophy at Wilfrid Laurier University, I immediately struck for the west coast.  It seemed to me that the world needed a radical restructuring and in order to help further that along I needed to remove myself from the entrenched systems I was born around to start fresh myself.  Though my future was uncertain there was no doubt in my mind that I would become a big part of the changes our species would witnesses during the dawning of this millenium.  Much of my time when I first arrived in BC was spent meditating, writing books, exploring wilderness and learning how to live healthy.

The first place I went to on Vancouver Island was the Clayoquot Sound, where over 900 people were arrested on a bridge to protest the terrible logging practices of the time.  Majestic mountains looked like a giant had taken a paint scraper and peeled off the green covering, exposing rock and allowing rain to wash away soil.  With dreams of writing books my whole life, suddenly I saw how my plans to make the world a better place would contribute to the planet’s ruin!

Then I attended my first meeting of the relatively new Hempology 101 group in Vancouver in Jan 1995.  Everything I had done in my life seemed to prepare me for this work.  Being from generation of farmers, working on students council in high school, writing books, attending boy scouts, even attending church growing up all gave me insights, skills and the confidence I needed to fight for the full legalization of cannabis.

One of the main reasons I saw this to be so important was the fact that my families, on both sides, have been farming in Canada near Stratford Ontario, since very early in the 1800’s.  When I learned about the Reefer Madness campaign and realized my family had been undermined by these laws without a clue as to what was happening or why, it struck me that I had the chance to strike back and fight for their right to grow hemp.  They were innocent farmers breaking their backs trying to help build a better country, while the bankers and industrialists were taking away their rights and destroying the planet in order to maximize profits.  I saw myself as an advocate for my family and independent farmers in general.

At the time there was a lot of movement towards legalizing hemp farming in Canada and by 1998 it was legal to grow, if you had more than 10 acres and could get through all of the paperwork.  It has been frustrating that my family has not been able to take advantage of this new opportunity yet, but with no production facilities to sell the fiber too they have stayed with their traditional crops.  The same industrialists and bankers that made it illegal have done their best to continue to suppress the use of hemp, in part by avoiding investment into what should be an obvious money making opportunity.

Another key factor in my conversion into a hemp nut was the fact that the seeds are the perfect replacement for eating meat.  Despite being raised by farmers who loved to hunt, the quality of meat available in stores and restaurants was deteriorating and it did not seem realistic to think that the growing population of the world could keep eating meat sustainably.  Plant based sources of protein should be what our species depends upon in the future, if we are to make an honest attempt to care for our planet, as meat production takes a heavy toll upon our environment.  Not to mention the growth hormones, food dyes, steroids, vaccines and other chemicals that end up in most meat before it is sold.

Hemp seeds provide all of the essential fatty acids and amino acids that a person needs to sustain themselves and live a healthy lifestyle.  When I first read that it blew my mind.  The proteins available in the hemp plant are easier for the body to digest than meat, meaning we use less energy to consume it, too. In fact, hemp is basically perfect human food.

When I first became a vegetarian, almost 18 years ago, hemp seeds were not readily available yet, but the desire to quit eating meat was strong enough for me to make the change anyway.  Over time I have gained more access to hemp hearts and eat as much as possible, though I realize the best diet is a balanced one and I eat a variety of sources of protein.  Now it has become my mission to prove that eating hemp instead of meat is a healthy, smart choice and that using it as a protein source can be good for aging athletes.  If the saying, “You are what you eat.”, has any truth to it, then I am definitely a hemp nut.  Well, I guess that is one of my missions, anyway.

But cannabis is much more than the food I eat and the herb I smoke, and it has the potential to be far be greater yet.  I could be living in a building made from cannabis, heated by cannabis fuel, sitting in a cannabis couch, drinking cannabis tea from a cannabis mug, watching Kid Cannabis on a cannabis computer screen!  Even better, if all of these household products were made from hemp it would have been better for the farmland because it would need little in the way of fertilizers, pesticides or herbicides, it would cause less pollution as the products we are currently using for paints, cosmetics, plastics, etc generate far more toxic chemicals than using hemp and other natural products, it would support farmers over natural resource extraction potentially revitalizing agricultural communities and we would be healthier, with lower rates of cancer, asthma and Multiple Sclerosis.

These were the thoughts swimming through my head when I decided to commit myself to writing the Hempology 101 textbook and teach the world about this amazing plant.  Of course, the futility of the drug war and the fact I loved to smoke the herb had something to do with my decision, but I doubt if I would have gone this path if those were the only factors.  Being an advocate for my farming family, for the planet and for my own health were the main reasons for jumping into this with both feet.

In the cannabis plant I have found the food I need to sustain me, the relief I need to deal with life, the vision necessary to bring people together, the hope for a better world and the strength I require for fighting against ignorance, inertia and doubt.  Since I have become a full-time activist in 1995, I have had an incredible journey, full of adventure, wonderful characters and intense challenges.  Becoming a hemp nut has definitely been one of the best decisions of my life.

By Blair Hedley John Anderson, a professor of Criminology at Vancouver Island University, was recently made the Nanaimo area speaker for Law Enforcement Against Prohibition. I got in touch with him in late November and he told me all about it.   To start with, what exactly are a LEAP speaker’s duties? Well, I think […]