Last week i reported on the launch of the GoFundMe campaign for our Supreme Court challenge to legalize cannabis extracts. This will be the final showdown.  The wording of the remedy from the BC Court of Appeal has left us asking a few questions, it suggested to our lawyer that “patients have the right to render dried Marijuana into the forms and modes of ingestion they find most suitable for their particular symptoms or conditions.” I previous highlighted olive oil as an ideal medium to dilute your dried marihuana but in this article I will outline concentrating the oil. Concentrated cannabis oil has received a lot of attention recently through the work of advocates like Rick Simpson with cancer patients and the recent discovery that it can help children with life-threatening seizures.

Concentrates are commonly made by washing the raw material with a solvent, filtering it, discarding the plant bulk, and then evaporating/purging (via heat and/or pressure differential) the solvent to leave behind a film in your receptacle (called a concrete resin) which can then be collected. This works because the solvents are much more volatile and evaporate faster than the resin. An important note for safety: gases from the evaporating solvents are highly flammable and can result in lethal explosions. Proper ventilation and the removal of any sources of ignition/spark are necessary precautions.

The details and variety of solvent extractions are too vast to unveil in this article, and for many patients the process may be beyond the limits of their physical condition and living environment. Dispensaries like The Vancouver Dispensary Society offer a unique (creamy, fluffy looking) form of solvent extract called “Budder.” Dr. Paul Hornby ran tests on Budder that peaked in the 99 percent cannabinoid range with no “toxins, solvents, molds, diseases, heavy metals and other contaminants” (source). Previously Secret methods, like that of BudderKing, have been revealed so that the growing numbers of interested people can emulate his techniques. 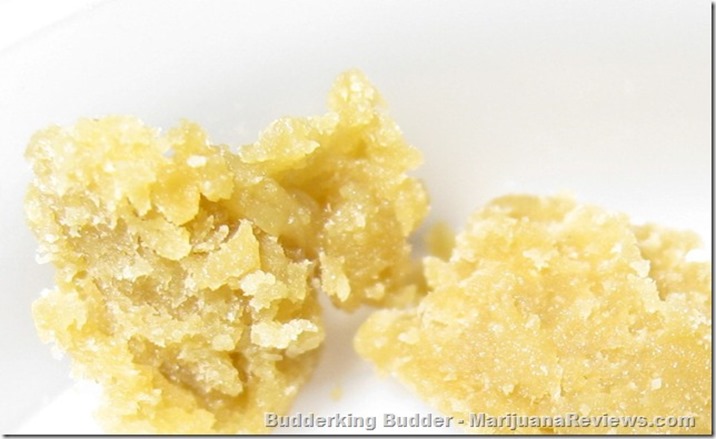 The absence of contaminants in Budder is probably because BudderKing will “only make Budder from kif, hash, or high-crystal organic buds.” During my trial in February of 2012, expert witness Dr. David Pate informed the court that cannabis trichome heads, while containing all the cannabinoids available, are free of all contaminants (except the wax shell), which remain stored within the plants cells. By separating the resin compounds, prior to infusion into a product, the potential for compounds other than cannabinoids is greatly reduced, making doses more precise and consistent.

BHO, or Butane Honey Oil, is the most common and popular method of making concentrates. Butane extraction introduces a toxic solvent and then attempts to remove, or purge, it at the end. Laboratories in California fail a BHO sample if the butane level is over 500 parts per million. For medicinal users, contamination with butane may be detrimental, even though most may already be getting a dose if they use a butane lighter.

Dutch researcher Arno HazenKamp’s recent study on mediums for cannabis extraction enforced that “especially under conditions where Cannabis oil is prepared by simple household methods, there will always be a trade-off between residual solvents and terpene content. For this reason, the use of non-toxic solvents should always be advised, so that potential residues are not harmful to health”. 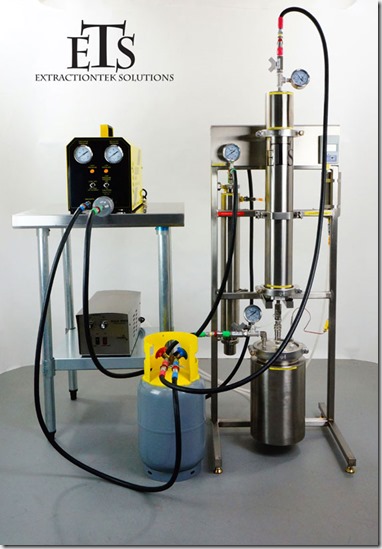 Companies like Extractiontek Solutions in Denver, Colorado are building and patenting solvent-free Co2 extraction machines. These are used to make ‘Real Scientific Hemp Oil’, which is an 18% CBD extract of hemp. in 2012 RSHO was being sold throughout the United States, a half price sale on Amazon listed 6 ten gram syringes at $2,300.00 U.S.. Recent allegations that Medical Marijuana Inc.’s product contained concentrations of contaminants may be due to the use of stalk. By concentrating the stalk of the plant for CBD, an enourage of pesticides, fertilizers, heavy metals and moulds is also concentrated.  The separation of trichome heads from the plant bulk is an essential step toward reducing this contamination.

With the confirmation of our constitutional right to cannabis extraction by the BC Court of Appeal, the future looks bright for cannabis extracts is Canada. We have confidence that the Supreme Court of Canada will put an end to this aspect and cannabis prohibition, forcing Health Canada to amend their regulatory scheme to include extracts: potentially enabling Licensed Producers to engage in the safe production of concentrated cannabis oils.

Please Support the Fundraising Campaign to present cannabis extracts to the highest court in Canada.