Deprecated: The $control_id argument is deprecated since version 3.5.0! in /home/oq5ayjaeetjt/public_html/wp-content/plugins/elementor/modules/dev-tools/deprecation.php on line 304
 The Extract Trial: Government Witnesses - Cannabis Digest
Skip to content

Two years after I had been arrested and charged in the act of making cookies, lozenges, gel caps, and massage oils with cannabis infused vegetable oils, we would begin the trial that would hear the constitutional challenge that was recently before the Supreme Court of Canada.

After Ted Smith testified, Gayle Quin, Gina Herman and two other patients spoke about how edible and topical cannabis medicines performed much better than the medications they had been prescribed before finding cannabis, restoring their quality of life. These were our lay witnesses, the real sparring would begin when the expert witnesses took the stand.

The police expert witness had mistaken our vegetable oil infusions (which are diluted) with solvent extracts (that are concentrated), greatly over valuing them. He was informed of this mistake a few minutes before his testimony and quietly left. Health Canada sent their chief medical officer, Dr. Hanan Abramovici to make arguments against the use of cannabis derivatives. To counter, we would need a true expert in cannabis science, someone who would be an irrefutable authority, who could expose the faults in our understanding as well as Health Canada’s. 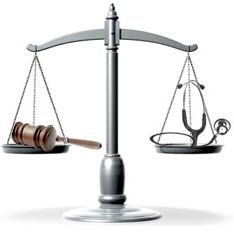 Dr. David Pate has conducted many laboratory studies regarding medical cannabis and helped G.W. Pharmaceuticals develop the oromucosal cannabis spray Sativex which succeeded laboratory testing and passed clinical trials. Dr. Pate’s extensive experience with laboratory research involves the “upstream” development of products with medical potential. Upstream development takes feedback from the patient and attempts to find evidence to support or refute the claims being made. For example, when a number of patients tell there doctor that a cannabis product is working for them, that product could then become the basis for laboratory research.

Dr. Abramovici expressed the need for “downstream” clinical trials for cannabis safety in the general population. Downstream development moves from producer to patient, involving human trials in clinical settings of substances that have shown success in “upstream” laboratory testing. Abramovici confirmed that the government has stopped all research into medical cannabis, and drug companies are the only groups with the resources to perform them. To complete the catch-22, Abramovici accused GW pharmaceuticals of having a bias and deemed the clinical studies they completed, with Dr. Pate’s assistance, scientifically invalid. 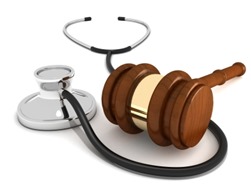 Dr. Abramovici denied that anecdotal and laboratory research qualifies as scientific evidence wherever it supports cannabis’ safe profile, yet suggested the same kinds of research where a risk or harm was found. His only experience working with cannabis is in preparing the Health Canada document information for health care professionals, which is a literary review composed entirely of anecdotal and laboratory studies. Beyond the hypocrisy in his testimony, Health Canada’s senior scientific information officers’ bias appeared altogether unchallenged when it was revealed through a clever line of questioning that his superior at Health Canada had actually written his conclusions!

Eric Ormsby also testified for Health Canada echoing the Issues of quality control in relation to the Food and Drug Regulations. Despite the lack of human clinical trials on medical cannabis holding back the regulators, Dr. Pate had earlier suggested that “cannabis has undergone a multiyear open label clinical trial by virtue of being in such popular use both medically and recreationally for an extended period of time, essentially hundreds of years.” [transcripts]

(image: animalnewyork) By Judith Stamps Here is one of my favourite fantasies.  It is some time in the future.   The war on drugs is defunct, and cannabis is legal.  We are in the midst of a cultural renaissance.  The film industry is on fire, producing new ‘post prohibition movies’ every year.  Literary fiction on cannabis […]

What the Judge Said on Patients’ Rights, and What Health Canada Can Do Next Judith Stamps Canadians who are ill, and who believe they are obtaining relief from cannabis, have a constitutionally protected right to grow their own medicine. So said Justice Michael Phelan of the BC Federal Court on February 24 2016. At least […]