Deprecated: The $control_id argument is deprecated since version 3.5.0! in /home/oq5ayjaeetjt/public_html/wp-content/plugins/elementor/modules/dev-tools/deprecation.php on line 304
 Kirk Tousaw on RvSmith in the Supreme Court of Canada - Cannabis Digest
Skip to content

I recently had the privilege of arguing the R v. Smith medical cannabis extract case before the Supreme Court of Canada. That case involves whether the government’s medical cannabis regime violates the Charter because it restricts patients – even those who have qualified for exemptions from the general prohibition due to medical need – to using cannabis in its “dried marihuana” form only. In other words even legal patients break the law by making and possessing edibles, topicals, concentrates, hashish and all forms of medical cannabis other than dried flowers/leaves.

We argued that section 7 of the Charter – which protects life, liberty and security of the person from being infringed expect in accordance with the principles of fundamental justice – is violated by the restriction. We said that liberty and security of the person includes rights to make fundamental personal decisions, like health decisions, without interference from the state. We also argued that liberty prevents the government from criminalizing patient conduct in this area. And, finally, we argued that the restriction was arbitrary (because it harmed health instead of protecting it), overbroad (because it captured conduct that did not need to be prevented) and grossly disproportionate (because the harms done to patients grossly exceed any benefits that the restriction brings).

We won these arguments before the trial court and the BC Court of Appeal. I’m very confident that we put the best arguments possible forward and the Court seemed very receptive to our positions. A decision is anticipated in about four months but there is no fixed timetable.

If we win, the remedy I argued for is to remove medical cannabis entirely from the Controlled Drugs and Substances Act (CDSA). This would mean that cannabis for medical purposes would have no restrictions when in the hands of patients. In other words, patients can possess it, produce it for themselves and make any derivative medicines they want to for their own use.

Commercial behaviour – producing and selling cannabis and derivative medicines – would automatically become regulated by the Natural Health Product Regulations. This is by operation of law, not by our request. The NHPR apply to all plants (and derivatives from plants) that are grown and/or marketed for medical purposes. The reason cannabis isn’t already under those regulations is because the NHPR specifically exempt anything that is in the CDSA from being considered a Natural Health Product. Therefore, if the Supreme Court removes medical cannabis from the CDSA, it is automatically considered an NHP.

I don’t know if we will get the remedy we sought. That’s in the hands of the Court. I do know that we will never stop fighting for patients’ rights until access to medical cannabis, in all its forms, is no longer a crime. 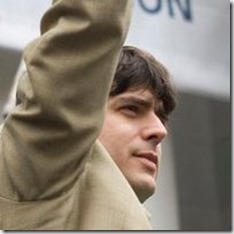 On Cannabis and Alcohol: The Way I See It It is common to see social media posts stating that alcohol is more dangerous than cannabis; that the industry targets youth with kiddie drinks; and that it is the real ‘gateway drug’. There is truth here. Alcohol, if not generally dangerous, is more deadly than cannabis. […]

by Ted Smith Last year was the best year for cannabis activism that I have witnessed in my almost 2 decades in the field.  Indeed, the future has never looked brighter for cannabis, both in Canada and abroad.  As we work together to make 2015 even better, lets take a minute to reflect upon the […]

When selecting among varieties of dried cannabis at a dispensary, members will often ask to smell the particular strain for it’s signature scent. The musky smell commonly associated with the Kush family comes from an abundance of a terpene called Myrcene, known for it’s sedative effects, also found in hops (Humulus), the only other member of […]