Deprecated: The $control_id argument is deprecated since version 3.5.0! in /home/oq5ayjaeetjt/public_html/wp-content/plugins/elementor/modules/dev-tools/deprecation.php on line 304
 Trial By Fire: Part 1 - Cannabis Digest
Skip to content 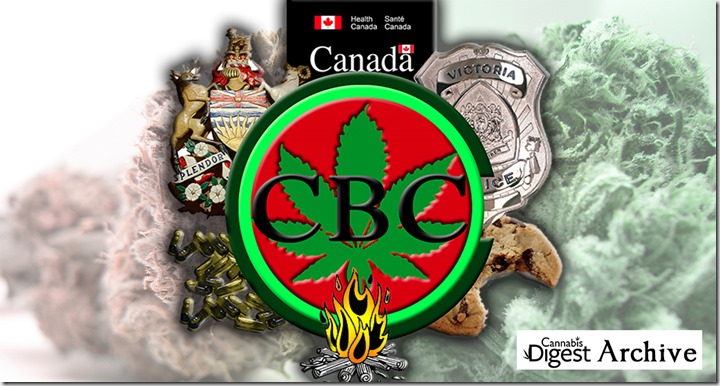 The past decade has seen much progress in what is fast becoming a revolution surrounding government drug policy and social attitudes toward drug culture in Canada. The endurance and proliferation across the country of illegal medicinal cannabis providers over the past decade, alongside the blossoming of the medical pot industry in many states south of the border, has been a testament to both the resilience of the anti-prohibition movement and the moral integrity of its objective. Despite numerous police raids, all followed by long and expensive court proceedings, the fight against prohibition has continuously gained strength—and more importantly, public support—all in the face of being left unprotected by broken laws.

In previous Cannabis Digest articles, Ted Smith has been documenting the progression of Owen Smith’s (no relation) recent encounter with the Supreme Court of B.C. After Owen effectively changed federal law for British Columbians in 2012, it seems like a good time to take a step back and look at our most recent case in light of the V-CBC’s (once the CBC of C) past encounters with the police and courts, as well as to look at where things might be headed, and to let you know about how you can help in this ongoing process of changing regulations and public attitudes.

To help in understanding my personal perspective on this transition, (and because this is the first time I’ve written for the Digest), I’ll introduce myself: my name is Ryan Fink. My recent addition to the newspaper crew has been a kind of return. After spending nearly 10 years wandering stoned through the halls of various academic institutions, I have been glad these past few months to have been re-immersed in the world of Hempology. The timing of my return was coincidental: it was a trial, or rather waiting for one, that saw me leave Hempology and the CBC of C in the fall of 2003, and I returned the day before BC Supreme Court Justice Johnston released his decision regarding the unconstitutionality of the MMAR’s restrictions on processed cannabis derivatives in my colleague Owen Smith’s Extract Trial.

I don’t have to tell anyone who has been following events for the past decade, but things have changed since my departure. One day soon someone will write a thick book going into the details of this radical transformation; but for now, having myself only begun to understand how things have changed and continue to change, I’ll keep my analysis simple: the situation has gotten immensely better. Moreover, Justice Johnston’s recent decision continues this trend, a trend that seems to be driven largely by a combination of the perseverance of people who are willing to fight for the right to self-medicate, and who are now cheek-by-jowl with an increasing number of judges and other powerful persons who are themselves now willing to fight the questionable illusions tossed hastily about by conservative politicians and the corporate lobbyists who bankroll them.

The greatest difference between then and now seems to be summed most easily for me by comparing the outcomes of this latest court case with the outcomes of those court cases of a decade ago. Back in the early millennium, the court case was secondary to the raid that preceded it. Ten years ago a raid would cost the club many thousands of dollars in immediate losses, and would result in lost business while members overcame their fear that the police would return any day to close the doors finally.

Then the court case was a mere formality following the costly raid, a simple engagement of massive public resources for the purpose of having a judge tell us that we weren’t doing anything wrong, and that the police were wrong to rob us (however impossible it was for them to repay us, or be brought to justice themselves for what, from our perspective, amounted to nothing more than robbery and harassment). Nowadays the raids are accidental, the court cases monumental.

Two of Canada’s most prominent banks have indicated that they will not provide services to the medical cannabis industry, despite signals from the country’s government that it will legalize the substance by the spring of next year. Scotiabank last month ended its relationship with Nathan MacLellan, the owner of Hemp Country, an Ontario-based shop that […]