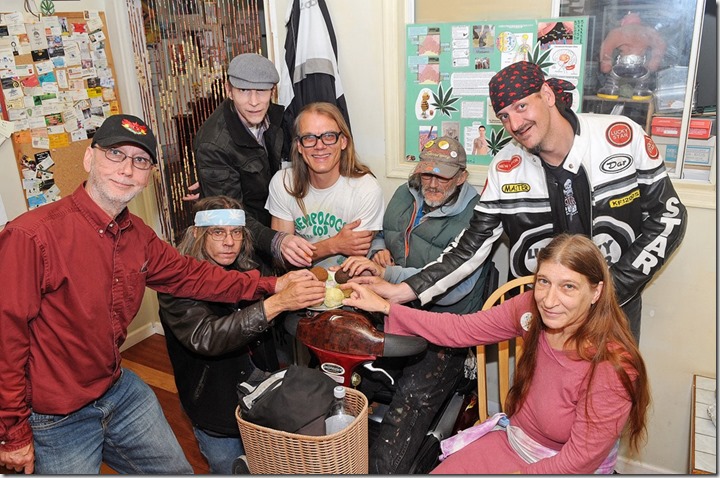 While there is a great deal to celebrate, the new regulations being proposed for medical cannabis stores in Victoria, B.C. have a few serious problems.  Hopefully the members of the Victoria Cannabis Buyers Club will be able to convince the city councillors that amendments or exemptions to these regulations will help ensure this is a step forward for everyone.  Otherwise these new rules may see the end of some of the most important features of the VCBC, including its world famous cookies, smoking room and home deliveries.

Certainly, it is a great relief to patients and their caregivers that clubs are finally going to be licensed by the city.  After facing 5 raids in its store and bakery, including the Owen Smith case that changed federal laws, there is no group in the country happier or more deserving of a business license than the VCBC.  Getting to operate as a legitimate member of medical, business and non-profit associations will open many doors for the club, giving it a firm foundation upon which to grow. 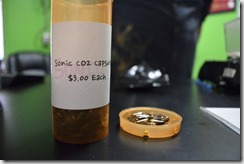 Following the lead of Vancouver, the city council is eager to work with dispensaries that are able to comply, though the two sets of rules are not identical.   The regulations were discussed in Vancouver at several public hearings but few major changes were made to the original proposals.  It is hoped that the Victoria city council will listen to the concerns of patients and their caregivers with a careful ear and make the appropriate amendments.

Restrictions on edibles are a major concern to many patients, as the VCBC in particular has taken great care to ensure its members have access to healthy foods with consistent doses of medicine.  City staff have offered the council an excellent alternative, which is to follow the lead of the experts in this area, the Canadian Association of Medical Cannabis Dispensaries.  “CAMCD is currently in the process of developing a set of standards for preparation of derivative cannabis products that are designed to minimize concerns regarding overdosing, accidental ingestion and food safety. The standards cover such areas as product preparation, labelling and packaging. Once finalized, these standards will be incorporated into CAMCD’s existing certification program for medical cannabis dispensaries.” 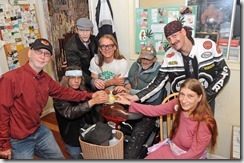 Another serious problem with the proposed regulations would be the elimination of consuming cannabis on the premises of any dispensary.   Currently the VCBC is the only place with a designated safe consumption room in Victoria and it has been one of the most important functions of the group since the beginning.  Since this facility has been operating for years without any problems, it should receive an exemption if it is not used as an example of how important allowing patients to consume on site is.

Finally, the city also intends upon stopping clubs from doing deliveries, which is ironically how the VCBC began.  While most members can find a caregiver to get their medicine if they are unable, that is not always an option for some of the most sick and vulnerable.  Indeed, delivering medicine to patients trapped in medical centers of various types is a very important component of the club’s commitment to help people in serious need.

Over the next few weeks I will be writing blogs about these three areas in which these proposed regulations need major changes.  It is a shame that these issues exist, as the Victoria city council is the most progressive and thoughtful in the country.  It is my firm belief that if given the right information and perspective, the council will change these proposed regulations to create rules that benefit everyone without unnecessarily compromising patient care.

Stephen Calabria Cannabis clinics across the state of Minnesota on Monday opened their doors for the first time to patients suffering from intractable pain, heralding a small yet real step in the state and nation’s progress in approaching medicinal cannabis. The Minnesota medical cannabis law first went into effect on July 1, 2015, but was […]

By Patrick Dewals What was previously known as the Legalise Cannabis Alliance (LCA) was deeply in need of changes that could bring them on more solid ground as a cannabis lobby group. The alliance campaigned for the legalisation of cannabis for medicinal use, as biomass, hemp-based products and recreational drug use. Those purposes were worth […]