Deprecated: The $control_id argument is deprecated since version 3.5.0! in /home/oq5ayjaeetjt/public_html/wp-content/plugins/elementor/modules/dev-tools/deprecation.php on line 304
 Hemp and the Founding of America - Cannabis Digest
Skip to content 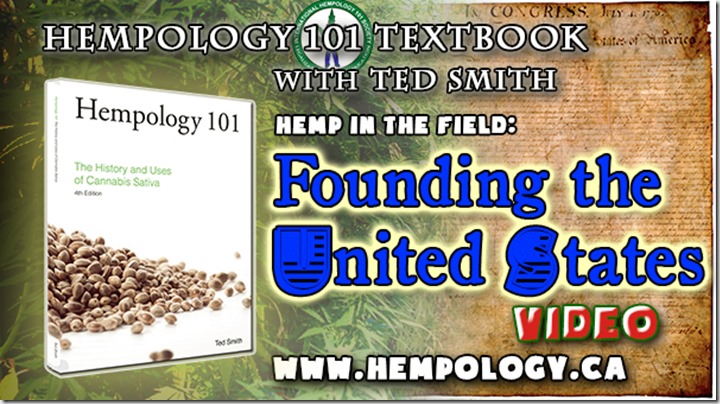 Hemp was very important financially and physically to the settlers of America.  The fibre was used for rope, canvas and paper, making it highly sought after by old European countries seeking global domination by sea and those on the new frontier.  While cotton is often thought to be responsible for the rich fortunes of early North American farmers, indeed hemp was far more important in the beginning chapters of the history of European settlement.

The use of canvas in the covered wagons that enveloped the vast countryside is likely the most striking means by which cannabis literally built the USA.  Before the invention of steam ships, every person that crossed the ocean needed hemp rope and canvas, meaning most original European colonizers depended upon cannabis to even get here.  This obviously meant there was a great demand for hemp fibre, at first from England with her unending quench for more territory, and then from America itself as it strove to become the wealthiest country on the globe..

A few things slowed down hemp production.  The clearing of land was a slow and tedious job, with much of the tilled land required for food for people and livestock.  The lack of equipment to quickly process the fibres was also cited as a reason hemp was so expensive to produce.  So much labour was required in the farming and processing of hemp that other crops like cotton, especially after the invention of the cotton gin, were able to take over large markets.

One myth that has been spread by the cannabis movement is that the American Constitution and Declaration of Independence were written on hemp paper.  Unfortunately this might not be true, as the government appears to have used special parchment paper for these documents, not the hemp paper that was standard in most bibles and other books at the time.

For more of the fascinating history of cannabis, please buy my book, HEMPOLOGY 101: THE HISTORY AND USES OF CANNABIS SATIVA.

Subscribe to our Youtube channel and watch more of these videos and other stuff we do to educate the public about cannabis.

[su_dropcap style=”simple” size=”4″]It[/su_dropcap] seems fitting that the first Cannabis Digest blog covers the history of the publication, leading into the bright future ahead.  While these blogs open the door to exciting possibilities for the Cannabis Digest, it is important to acknowledge our roots and tell our story.  After reading this we are sure you will […]

Crucified or Catatonic:  Was Jesus Given Cannabis on the Cross? Jesus died for our sins, or so we have been told.  In the writings that were collected hundreds of years after his death there are many clues pointing to another possibility, a possibility that Jesus did not actually die on the cross but that he […]