Deprecated: The $control_id argument is deprecated since version 3.5.0! in /home/oq5ayjaeetjt/public_html/wp-content/plugins/elementor/modules/dev-tools/deprecation.php on line 304
 The Benefits of Eating and Vaporizing Cannabis - Cannabis Digest
Skip to content 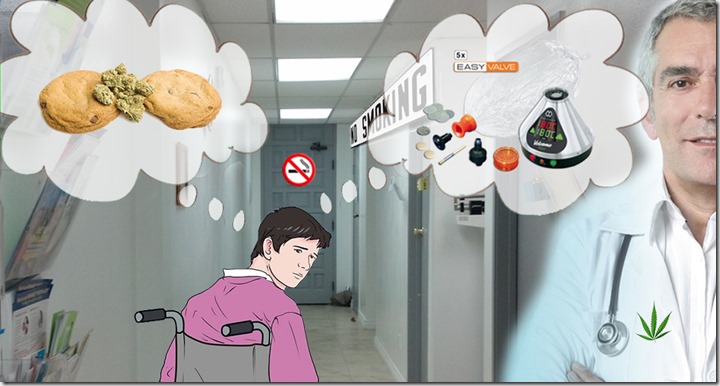 When doctors talk about cannabis, many agree that although it’s a relatively harmless complex of chemicals, smoking it is an obvious problem. Medical cannabis patients know that the benefits of smoking are an instant relief of their symptoms, and the ability to regulate/titrate doses until their symptoms are relieved. Many patients know that vaporizing offers a safer way to get fast acting relief from inhaling medical cannabis. The effects are shorter lasting than when cannabis is eaten, peaking within half an hour and trailing off. When we take a pill or eat a cookie, our stomach breaks down the compounds, slowly releasing them into our bloodstream. This slow release can last many hours, ideal for sleeping through the night where a vaporizer may be helpful to get out of bed in the morning.

The chart illustrates this idea. A generalized pattern of fluctuating chronic pain is overlaid with the release of medical cannabis when eaten and inhaled over an eight hour period. When pain levels rise, at certain times exceeding the relief threshold provided by an edible, a small amount can be inhaled to complete the treatment. Health Canada requires that ‘dried marihuana’ obtained from a Licensed Producer (LP) remain in any preparation of medical cannabis that you intend to eat. The inclusion of non-medicinal ingredients may slow the digestion of the medical compounds. For some important considerations when eating cannabis see this article on the 10 commandments of marijuana edible safety.

In an interview on the CBC’s The Lang & O’Leary Exchange, LP Tweed’s CEO Bruce Linton said that “most medical patients never would smoke, they would use a steam-based vaporization, so what then they’re doing is releasing the oils, which are the active ingredients they want, without combusting the carbon and getting all the negatives of smoking.” Initially vaporizers were used for aromatherapy, but they have recently been redefined for use with medical cannabis. Vaporizers are often sold by medical cannabis providers. Another LP Cannimed have a contract with Storz & Bickel to provide the Volcano Medic Vaporizer, which offers “reliable and reproducible method for the administration of THC” (Abrams 2007, Zuurman 2008). They have made a short instructional video on how to use it. 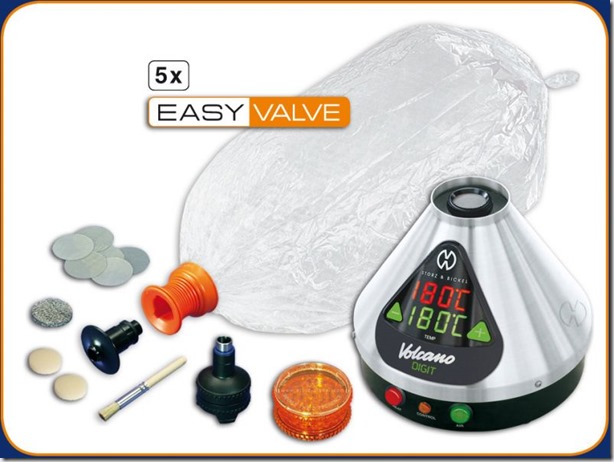 For many patients, vaporizing is a new method of ingestion and carries its own challenges. From the simple jar and tube model, there has been a steady evolution of vaporizer technology over the last decade, with the introduction of vapor bags, handheld devices, and more precise temperature gauges. Recently, vapor pens have become a common sight, as flavoured water or glycerin is vaporized for recreational purposes and as an alternative to smoking cigarettes. (Learn more about vapor pens)

All this emerging technology requires some degree of orientation. Fortunately there are plenty of people willing to help. Vapor lounges are available in some cities as a place where patients can be oriented to the use of a vaporizer. At dispensaries like the V-CBC in Victoria, staff as well as other medicinal users are happy to show newcomers the basics of vaporization as well as help them learn the finer details in order to target the particular cannabinoids they desire. The temperature gauges of vaporizers have varying degrees of accuracy, and some less sophisticated models require the user to pump the heat instead of sustaining it to avoid combustion.

It is clearly a good idea to get a vaporizer for your medical cannabis use, but how is it best used?

Appeal court overturns inaccessibility ruling By Al Graham In Apr. 2008, Matt Mernagh, who uses medical marijuana to deal with his fibromyalgia, scoliosis, epilepsy, and depression, was charged with the production of his medication. Unfortunately for him, he has been unable to find a doctor willing to sign the required MMAR paperwork, in order for […]

A Rastafari Perspective By Ras Kahleb “The reform measures approved by Cabinet have been primarily driven by the human rights and constitutional considerations prevailing in the Jamaican environment” ~ Mark Golding These were the words of Jamaica’s Minister of Justice, Mark Golding, during his address to the Jamaican people in regards to amendments being made […]